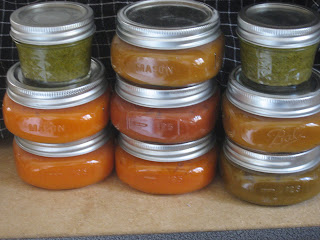 I made tomato paste from our heirlooms and canned it. I like the different colors.

The two small containers of green are pesto. 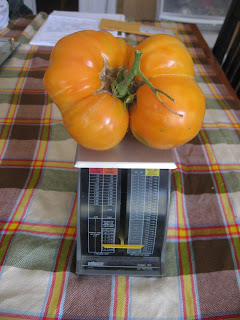 Tomorrow, see what I did with it! 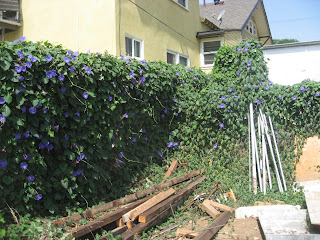 It's been so long since the guys have been here to work that morning glory has taken over the entire backyard. We didn't plant it, we don't water it and damned if we know where it came from. And yet it thrives, and thrives and thrives. I have to fight to keep it out of the back vegetable patch and that's about all I have the energy to do with it.

Why can't my pepper plants be such enthusiastic growers? 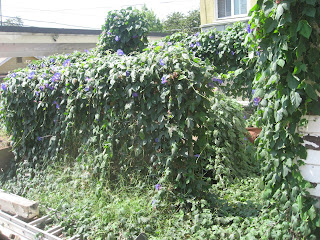 Meter, meter, on the wall 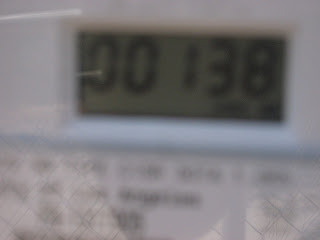 That's a really blurry picture of our electric meter. It's only taken since December for LADWP to get around to installing it in.

Now that it's in, we've discovered we only use about 1/3 of the electricity that the city estimated. I called to complain and , much to my surprise, they adjusted the bill. Sometimes you can fight city hall.